Hey, What’s Up Oppo Users! Oppo has launched the Oppo Reno 4 Series in China Few Days Back. The Oppo Reno 4 Comes with ColorOS 7.2 Baked with Android 10 Out of the box. Many Users want to hear about what are the New Features in ColorOS 7.2

In Today’s Post, We Will be Focusing on What is ColorOS 7.2 Features and We will Guide you How to Use ColorOS 7.1 Features

We will Inform when Other Oppo Phone Will also get ColorOS 7.2 Update in Future Soon

ColorOS 7.2 Features | You Should know

ColorOS 7.2 Brings a New Night Mode with it’s New Features It’ Called Super Night Mode [Moonlight Night Scene Video Algorithm] it’s originally developed for Oppo Reno 4 series Smartphones. Oppo has Claimed that this feature will boost the overall exposure and scenes while shooting video in the night or under much dark condition with up to 74.4% and the picture quality will also increase by 33.7% that will bring Vivid and Amazing Video

Sometimes Users forget to Charge but if still want to ensure that Phone should be Turned than Oppo’ New ColorOs 7.2 New Feature SuperPower saving Mode will save you and by the time and your usage it will learn usage of the usage it will put unused apps to sleep to save the battery consumption

Oppo Team has also Claimed WeChat App Use For 1.5 Hour will only consume 5% battery when the phone is in Super Power Saving mode.

Oppo Officials said that when the “Super Power Saving Mode” Feature is enabled, the New ColorOS 7.2 will perform some tactics such as CPU frequency modulation and backlight adjustment, to extend the battery life of the Oppo Smartphones.

The ColorOs 7.2 also bringing Oppo’s Own Video App Which lets Some basic editing on your phone and it also has some self-developed algorithms, Soloop will become more intelligent. It will automatically suggest a best sounds for your videos that’s fit with it and it can also mark down rhythm points of the imported music, which greatly improves the efficiency of the video soundtrack.

Soloop is a compact video editing application particularly made for your Realme smartphones which let you create instant slideshows of photos and videos. You can also edit photos and videos manually and put your creativity into it with some cool transitions, awesome texts, super cool filters, and some amazing music

Oppo Software Team has also released a Camera SDK which will help the third-party app developers to use the whole resources of all the cameras on the Oppo Reno 4. The Camera SDK will allow Third-Party apps like Instagram to use built HDR mode, or You Can Use your other camera sensors directly from Instagram.

Oppo Lab in the ColorOS 7.2 is Same Just Like Realme Lab in Realme UI In this Tab User’s will get some upcoming and innovative features. As of now, Oppo has added features like AI repair, icon sink, and more

Oppo Software also added the Application Pre-Launch which helps Phone to Identify which apps have been mostly used and load them in the background before you tap on them. This feature will cut the App Opening time and offer faster and better Experience

ColorOs 7.2 will save your old photos that are old or blurry pictures and it will automatically repair them by doing optimization and Magic of ColorOS

From Now, Realme Updates will also Offer Some Useful Oppo News Which every Oppo  Smartphone User must Know.

In conclusion, This type of Realme Tips and Tricks will be provided to you on this website.

Turn On the notification bell and Subscribe to Realme Updates for More Realme smartphones Tips & Tricks Like This. 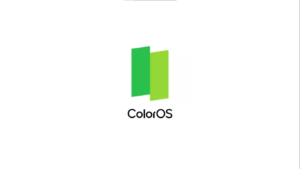 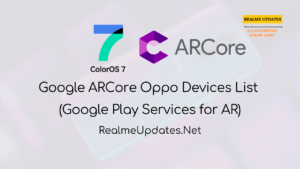 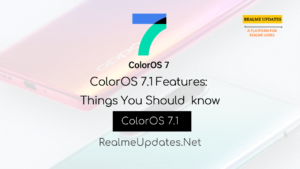