The Latest Update Comes With the Firmware Version CPH1945_11_F.02 & Its is Based on Latest ColorOS 11.1 based On Android 11. Currently, The Update has been Pushed In the Staged Manner & Border rollout will be Started Soon.

The CPH1945_11_F.02 Update is based on Android 11 with ColorOS 11.1 and the OTA update weighs is 755MB. The Update is a Stable Update rolled out to all users and Users can also Try to Find the Update Manually By Going Settings, then Tap On Software Update.

Other Changes Include Optimized Battery Experience, Fixed a flicker issue while taking selfies, Fixed Issues With NFC Sometimes it Didn’t get Turned On, Some Minor Performances Improvements & System Stability Improvements & More Details are Mentioned Above in the Change-log.

In conclusion, Any news related to Oppo Reno 2Z Smartphone will be Provided Here & Do Tell us in the Comments Have you Got This Update On your Oppo Reno 2Z. 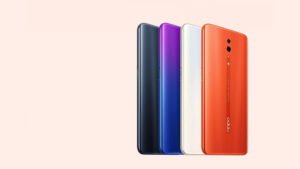