Realme Software Development Team has Initiated the Rollout of the December 2022 Update. The Rollout has been Begun With Realme X7, Realme 8 Pro, Realme X7 Pro & Now the List has 15+ Realme Smartphones. This Month, the Company also Started Realme UI 4.0 Android 13 Early Access For Various Realme Smartphones. Apart From this Updates, Realme India is also Going to Announce the Realme Student Program & Two Phones In Realme 10 Series Which are Expected to be Realme 10 5G & Realme 10s.

We will Keep Updating Our Realme December 2022 Update Tracker to Keep You Updated About Every Detail. The December 2022 Security Patch Brings Two Critical Fixes Towards Bluetooth Connectivity, User interface, and Wi-Fi Affected With Critical Vulnerabilities Found In the Android Core OS. Do Note That, The Download Links Aren’t Ready Now So the User Needs to Wait for a Little More.

Thanks For Reading Our Post Till Here; If You Have Any Queries Drop Them in the Comment & Don’t Forget to Subscribe to the Notifications to Stay Connected 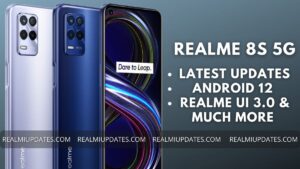 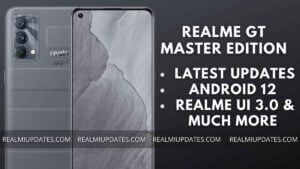