Realme 3 November Security Patch Update: What’s Up Realme User! Surprisingly, Realme Team is rolling new  Stable update to Realme 3 Users, Where Realme 3 got the New Update Which Based On RMX1825EX_11_A.24  update in month of November 2019.

Realme Software Team is rolling out RRMX1825EX_11_A.24 update to Realme 3 users in Batches. So if didn’t got the Update still then update Manually

Realme 3 has received November 2019 security patch update Which is latest from Realme till now. As  We already know that November Month has just begined. For now, The Security patch level is November 2019 in Realme 3 Latest update With RMX1825EX_11_A.24

With the Realme 3  RMX1825EX_11_A.24 Update, Now you can Record Videos with Wide-angle Mode too which is good option. Soon it will be available for other realme smartphones which has wide angle lense.

With the Update of RMX1825EX_11_A.24 for Realme 3 Now Can Set Reminders for Particular Data Consumption Suppose you’re sharing your mobile data with anyone with hotspot now you can easily set a particular quota to share or set reminder or Also you can easily monitor how much Data is consumed by your friends.

With the Realme 3 RMX1825EX_11_A.24 Update, You get the New Charging Animation which is too Good .  Also it looks better compare to previous one

With the Realme 3 RMX1825EX_11_A.24 Update, You get the New Realme Lab Options Basically its like advance Features just Like in Samsung Phones in this realme add special features like dark mode and Other options too  which is Good work by Realme

From Long Time Many User’s Demanding For Dark Mode on their Realme smartphones, but in past there is no option for Dark Mode Like. But with the recent update of Realme 3 With  RMX1825EX_11_A.24 Realme software team added Dark Mode for Realme 3 user’s

In this Update Realme also added a option called  “Screen On Time” it is very helpful & handy feature. This feature was there in many phones from pretty long time but color os added this after long time. This is a very basic feature even  samsung  & Xiaomi has this feature from longtime and Now Realme added this For Realme 3 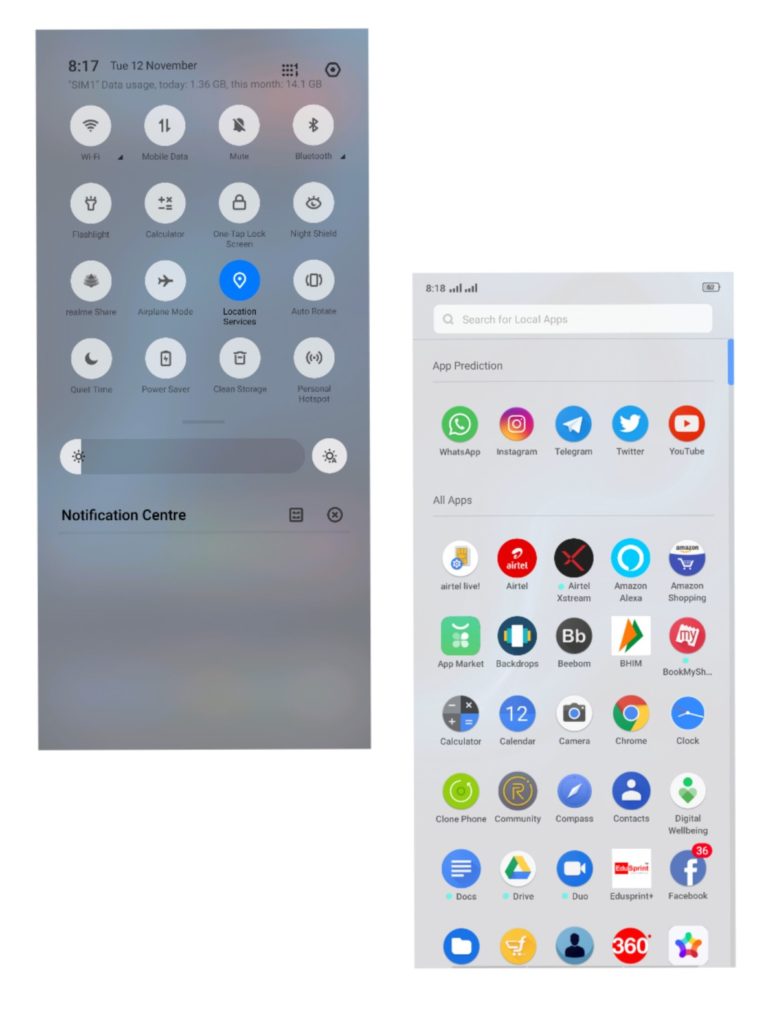 Many time users need to quickly swipe right or left to dismiss the notification but whenever  any notification arrive on Realme smartphones. Realme Users have to wait for few seconds and then they can remove that but now they can easily remove that notification  by simping Left or Right.

Many time users need to quickly switch the data from sim 1 to sim 2 & vice versa but now  with this update now you can switch quickly now with feature Switching between SIMs get handier. We don’t need to open settings and after that switch our network. Now we can directly switch from the toggle.

n Conclusion, The RMX1825EX_11_A.24 Update for Realme 3  focuses on Camera Improvements and Added 15+ New Features & Improvements in System. We will update this post if we find any new improvement and feature in the Realme X October Security Patch Update

Also if you have Realme 3 and received the update RMX1825EX_11_A.24 Update, You can send us your review on our Instagram: Realme Updates Instagram Handle

1. You can update your Realme 3 to RMX1825EX_11_A.24 through Normal Update Process  by following the above Procedure as you can see in the above screenshot.

In conclusion, Any news related to Realme 3 Software Updates will be provided to you on this website.

Turn on the notification bell and subscribe our website for news regarding Realme Updates and Android 10 related news.