It’s Time For Good News For Realme 6 Pro Users, Realme Software Team has Started Realme UI 2.0 Development In End of December 2020. Within 4 Months The Company Has Finally Managed to Push the Stable Android 11 Update based on Realme UI 2.0. So Let’s See What are the New Changes and Features in Realme 6 Pro Android 11 Realme UI 2.0 Update

The Latest Software Update of Realme UI 2.0 is Based On the Android 11 and Build Number RMX2061_11.C.15. Earlier, Last Month the Devices was Moved From Early Access to Open Beta Program and Today We Have the Stable Release of Realme UI 2.0 Update

The RMX2061_11.C.15 Update is based on Android 11 Realme UI V2.0 and the OTA update weighs is above 3.42 GB In Size for those who were using the Realme UI V1.0 ( Make Sure You’re Using A.49 Build) and For Others Who’re Updating Previous Beta Build, the Update will around 399MB in Size. The Update has Been Released In India & Soon More Regions will Join This Party.

The Realme 6 Pro Android 11 Update has Improved the System Performance & Stability of the Device. Some Users Might Still Complain that they haven’t got the Realme UI 2.0 OTA Update On Their Realme Smartphone. Do Note That this is a phased rollout and will be available to all the users very soon. The Update Will be pushed for all beta tester those who have joined the Early Access Program. Kindly be patient and wait for the update to be rolled out for your device.

We will update this post if we find any new improvement and feature in the Realme 6 Pro Android 11 Realme UI 2.0 Update

You May Also Like: Realme 6 Pro April 2021 Security Update Released 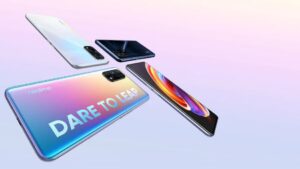 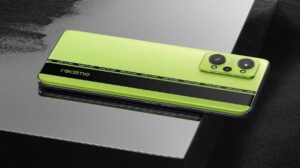 Realme 8i December 2021 Security Update Released In India [A.36 Build]