Also, Realme 5i Already Got the WiFi Calling feature (VoWiFi) couple of days ago

Realme UI beta testing is finally here for Realme 5i users. If you are really excited about the new Realme UI then here is a great opportunity. At present, Realme is recruiting beta testers who own a Realme 5i.

Realme will roll out Realme UI to limited users of Realme 5i before anyone else. What things do you need to do? Read the from carefully below.

After Filling the Form Below and reading the Disclaimer, You will get a new update with build number RMX1911EX_11_C.33 for Realme 5i.

To get things to begin with Realme UI Beta For Realme 5i
There are couple things to mind if you’re joining the Realme UI Beta you have required to
Step 1. First Fill this form attached Belo

1. After the update, you can’t go back to the current version (RMX2030EX_11.A.19) or any previous version! Please think carefully.

The Realme 5i comes with 6.5-inch IPS LCD Full-Screen display, comes with a resolution of 720 x 1600 Pixels. The smartphone is powered by Octa-core, Qualcomm Snapdragon 665 processor along with 4 GB of RAM and 64/128 GB of internal storage. The device is Carrying quad primary cameras which are 12MP, 8MP, 2MP, 2 MP and in front 8MP cameras for a good selfie.

The Realme 5i is Launched run out of the box on Android 10 With Realme UI.

The Realme 5i has arrived 5000mAh big battery inserted in it. It will Available via Flipkart & Realme.com. The pricing for the Realme 5i is set at INR 8,999 for the Base Variant. The device will come in Forest Green and Aqua Blue.

In conclusion, Any news related to Realme 5i Software Updates will be provided to you on this website. 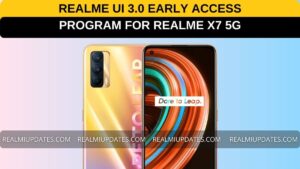 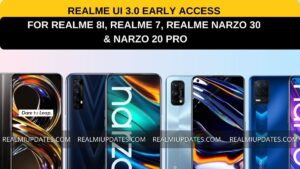 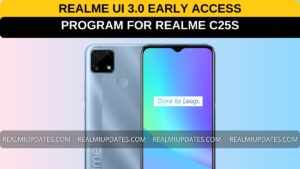