Realme X2 Beta Realme UI Update: Hey What’s Up Realme User! Surprisingly, Realme Team is rolling a new Beta Update to Realme X2 Users, (who Have Participated in Beta Testing) Where Realme X2 Gets Realme UI Beta Update In India which based On  RMX1992EX_11_C.01 Update in the month of February 2020.

• Drag an app out of Smart Sidebar to open it in Split-screen Mode.

• Added Bubbles: A bubble is displayed when you open an app in a floating window from the Smart Sidebar. Tap the bubble to collapse or open the app.

All gestures are supported in landscape mode.

• Added Focus Mode: Minimizes outside distractions when you are learning or working.

• Added a floating window and settings for screen recording.

• New management feature for recent tasks: You can view the memory of recent tasks and locked apps.

• Added option to open Global Search or the notification panel when swiping down on homescreen.

• Added option to customize the size, shape, and style of app icons on homescreen.

• Support for animated wallpapers on the lockscreen.

• In Quick Settings or Smart Sidebar, you can open Calculator in a floating window.

• Added the trim feature in Recordings.

• Added the Weather (dynamic) ringtone, which automatically adapts to the current weather.

• Optimized the Camera UI for a better user experience.

• Optimized the Timer UI and sound.

• Optimized the Album UI for a clearer structure and photo thumbnails.

• Optimized the Contacts UI for a more efficient experience.

After Beta Testing Finally, Realme X2 Started getting Android 10 Update Based on Realme UI which Is Good here are Some Cool realme Ui features you should Know

Many times Users were demanding better Customizable Icon Style and Now Realme listened to their users and added this option in Realme UI. It has the option of icon shape, Icon Size Many Options there

You also have Presuggested styles as Shown above Image Like Material Style, Pebble, or You Can Make your own Custom Style.

Dark Mode In Realme smartphones has arrived from ColorOs 6.1 Update but previously it was still in beta because it’s available in Realme Lab Now After Realme UI Update this feature has been moved to Display settings

Now you also have Many customization Options too as shown in the Image Above You can Schedule according to your time or user’s can choose sunset to sunrise.

Realme Teams has got much feedback about screenshots on Realme devices like users to want scrollable screenshot but Realme just did more than that Realme also added a Partial screenshot Feature it help helps when to want a take a particular part of the screenshot.

So in the end, Partial Screenshot will definitely help many users who want to take screenshots of a particular part of the screen this will help them You Can also See a demo in the Above Screenshot

With This Feature Enabled on your Realme Phone, Anytime a third party app request for personal permission Like Call Logs, Messages or etc Realme UI Will Show them a Blank history and don’t worry your apps will work fine as working Earlier, but without showing your personal information

So Next time Suppose Truecaller Ask for your Contact Permission then before that just enable Realme Personal Information Protection Feature and that will ensure that your Contacts won’t upload on TrueCaller’s Server.

Also, Check This: How to Enable Double Tap to Lock Screen in Realme UI

The New Dual Earphone Connection Mode Helps users to Play Sound From Simtenoulsy from Many Devices Like Any wireless earphones and from Spekraer and From wired earphones too.

It’s Pretty Handy Feature and Our Favourite Feature too and This feature is currently available in Realme Labs, but We’re hoping it Soon Come out of beta soon.

Also Realme has Provided a new options for those user’s who Use Public Wifi and this feature will help them Suppose When your phone is connected to Public Wi-Fi network system generates a random MAC address to avoid targeted ads and protect your privacy.

If you have Realme XT and received the update RMX1921EX_11_C.01 Update, You can send us your review on our Instagram: Realme Updates Instagram Handle

In Conclusion, The RMX1992EX_11_C.01 Update for Realme X2 brings Android 10 with Realme UI and Many New features and Many More Improvements in device

We will update this post if we find any new improvement and feature in the Realme X2 Update.

If you have Realme X2 and received the update RMX1992EX_11_C.01 Update, You can send us your review on our Instagram: Realme Updates Instagram Handle

In conclusion, Any news related to Realme X2 Software Updates will be provided to you on this website.

Turn on the notification bell and subscribe to our website for news regarding Realme Updates and Android 10 related news. 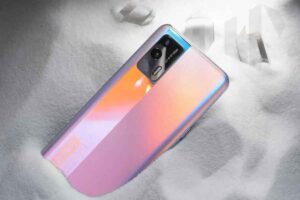 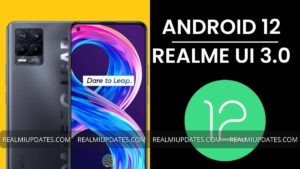 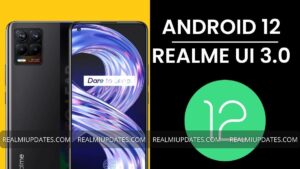