The Latest Software Update of Realme UI 2.0 Has Been Started Rolling Out to All the Beta Testers & the Update Comes With the Firmware Version of RMX2121_11_C.01. Also If You haven’t Got the Chance Then We Would Advise Users to Wait For the Next batch and Keep an Eye On the Early Access Application Here

The RMX2121_11_C.01Update is based on Android 11 Realme UI V2.0 and the OTA update weighs is 3.47 GB In Size. The Update is a Beta Update rolled out to Limited Selected Users Who Have Applied in the Early Access Application.

[Personalizations]
Personalize the user interface to make it your own
● You can now create your own wallpaper by picking colors from your photos
● Third-party icons for apps on the home screen are now supported
● Three Dark mode styles are available: Enhanced, medium, and gentle; wallpapers and icons can be adjusted to Dark mode, and the display contrast can be adjusted automatically to ambient light.

[High Efficiency]
● You can now drag text, images, or files out of a floating window or from one app to another app in Split-screen mode
● Optimized the editing page of Smart Sidebar: Two tabs are displayed and the order of items can be customized

[System]
● Added “Tone tunes”: Consecutive notification tones will be linked to form a single melody
● You can now determine a time period when Do Not Disturb is on
● Optimized the user interfaces of Notes: New visuals are provided on the list and editing pages.
● Added weather animations to provide you with a more interesting experience
● Optimized vibration effects for text input and gameplay
● Optimized “Auto brightness”.

Launcher
● You can now remove a folder or combine it with another one.
● Added filters for “Drawer mode”: You can now filter apps by letters, install time, or usage frequency to quickly find an app.

[Security and Privacy]
● Added “System cloner”: You can create a system clone from your main system and use different fingerprints to enter different systems.
● You can now turn “App lock” on or off in Quick Settings
● Added “Low battery message”: When your phone battery is lower than 15%, you can quickly send a message to share your location with specified people
● More powerful SOS functions
Emergency info: You can quickly display your personal emergency info to first responders. The information can be shown even when your screen is locked
● Optimized “Permission manager”: You can now choose “Allow only once” for sensitive permissions to better protect your privacy.

[Games]
● Added Immersive mode which reduces disturbances while gaming so you can stay focused
● You can change the way to summon Game Assistant.

[Communications]
● You can share your personal hotspot with others via a QR code.

[Photos]
● Added the Cloud Sync for Private Safe feature which allows you to sync the photos in your Private Safe to the cloud
● Optimized the photo editing feature with upgraded algorithms and more markup effects and filters.

[HeyTap Cloud]
● You can back up your photos, documents, system settings and more, and easily migrate to a new phone
● You can select the types of data to be backed up or restored.

[Accessibility]
● Added “Sound amplifier”: You can amplify faint sounds in the environment and soften loud sounds when wearing earphones.

After a Long Wait, Finally, Realme X7 Pro has been Started Getting Android 11 Update With the New Realme UI 2.0. The New Software Update is Beta Stage So It’s Adviseable to Perform a Factory Data Reset After Realme UI 2.0 Update and The Stable Update of Realme UI 2.0 has been Already released in China, But In India Now they have Brought the Early Access Program and Brought Tons of New Features With the Realme UI 2.0 Which Includes New 3 Style Dark Mode, Sleep Capsule Mode Function, Revamped Notification Center, New Personalization Tab In Settings, New Floating Window Option, Global Theme Colors & More

And Users will Definitely feel some New UI Animations In the Overall System. Do Note that As Its First Beta Update Based on Realme UI 2.0 Users Might Face App Compatibility Issues, App Crash Etc. So Make Sure to Update Your All Apps From Google Play Store.

We will update this post if we find any new improvement and feature in the Realme X7 Pro Android 11 Realme UI 2.0 Beta 1 Update

If You’re Using the Realme X7 Pro Smartphone Then Do Check Out the Previous Update Information: [A.14] Realme X7 Pro April 2021 Update Released In India 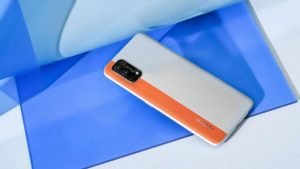